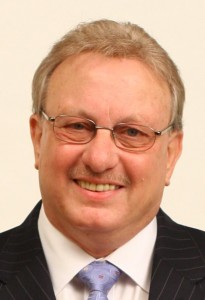 Hi everyone and welcome to our web site. My name is Bob Marino and I am thrilled to welcome you to this new and exciting web site. It is filled with information, product descriptions and reports relating to your own dealerships sales and product movement.

Before you go forward into this new era of communication please allow me a moment to tell you about my forty years of history in this wonderful business of ours. July 1965 was the start date of my entry into sales and the car business. I was working at Kings Dept. Store in New Haven, CT when I was approached by Bardahl Oil Additive Co to join their sales force and I jumped at the opportunity (for those of you old enough to remember, Bardahl was the giant aftermarket product of that day).

I was earning $150.00 a week at the time and Bardahl offered me $90.00 per week plus commission. (I was a little green and wasnt even sure of what commission was or how it worked) Now, this was not very easy to do as the $60.00 per week cut, in 1965, with three children and one on the way, was all the money. We actually had to move out of our $150 rented house in West Haven and move to the second floor flat at my mother’s apartment house in downtown New Haven which cost me $50.00 per month, quite a comedown. 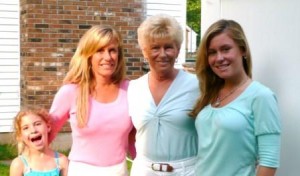 It worked out very well and it was at least one of my smarter moves and before you ask, yes, there were a lot of dumb ones too. Bardahl sales were exciting and an absolute great learning curve. My job was to pack as much Bardahl additive as I could into my Pontiac station wagon and then go from gas station to gas station and fill up the racks that held and displayed our product. My average sale was approximately $10.00 which allowed my customer to purchase four to six assorted cans of Bardahl and I made about 20 to 40 stops per day between New Haven and Greenwich.

After about a year of this great training I thought that there had to be a better way and there was, Car Dealers. I walked into my first car dealership literally shaking because I just did not know what I was going to do or say. For those of you who would remember, it was Bradford Ford in Hamden, CT. Well now, I walked out of there with a three case order, 72 cans, a whole day’s work in less than an hour. I never went back to a gas station again; this was, to the best of my knowledge, the first time anyone in the country ever sold anything of this type to a new car dealer. 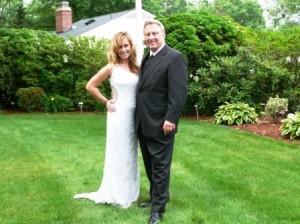 That was July of 1966 and no one was quite as startled or excited as me when a few months later my average commission jumped to approx $2000.00 a month, come on now, were talking 1966/67 here. We moved out of our second floor flat in New Haven and purchased a beautiful home in Hamden for only $21,300.00. In 1968 I was very proud to be voted the distinguished salesman of the year award, in Boston, by the Sales and Marketing Executives of New England.

Later that year I was promoted to Regional Sales Manager by the Bardahl Oil Company. For the sake of brevity let’s fast forward to 1970 when I was promoted to National Sales manager and contemplated moving to the National Office in Los Angeles, CA. I hated being a Sales Manager. By the mid to late 70’s I accepted a Bardahl distributorship for the state of Connecticut. Soon after that I found a product being sold very successfully to new car dealers called Polyglycoat Paint Sealant.

I called the owner of that company, Walter Fiveson, and informed him that I wanted to be his Connecticut Distributor. He hung up on me. It just didnt dawn on me that, why would he need me if the product was already so successful. Today, I wouldnt dare do that. Well, I called him just ten more times (and he hung up nine times) before he agreed to meet me. So I flew to Florida, set up a terrible deal for me that ended up working out very well and the rest, as they say, is history. 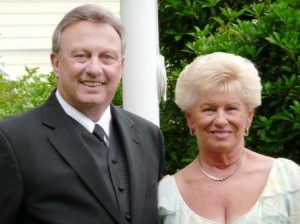 Selling Polyglycoat was a breeze, the dealers loved it, the public loved it and sales were constant, the only problem I had was that Walter never liked paying paint sealant claims and I became tired of paying the claims for him, so we parted ways and switched to Auto Armor in 1981, and it was another good idea, in fact, a great idea. Not bad, two really good ideas in fifteen years, not bad at all. The only really bad part was that Walter stopped paying claims altogether and before it was over I ended up paying over $80,000 in claims to my dealers and their customers, still, it was a good deal.

The switch to Auto Armor proved to be almost too good to be true. We had and still have a professional and personal relationship that I cherish to this day. This company never had a claim not paid, in fact they helped me pay the Polyglycoat claims, and they never, never once broke their word, not once in twenty-five years.

Our industry has gone through good and bad times in my forty year run and I was no different, but, good or bad or in between, I was blessed with meeting hundreds if not thousands of new friends. I wish I could list them all here but the list would be too extensive, besides they all know who they are and I love them all. I have always threatened to write a book just listing all the stories that happened to me and or my dealers throughout the years, but of course I never have. (All talk no action) 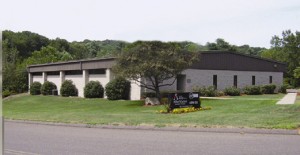 Although I probably will never write the book I would like to tell you of my one all time favorite story about the dealer organization I opened with a letter offering help to a dealer who needed it at the time. I did not know the dealer personally, in fact, we’d never met, but he accepted my offer of help and to this day, twenty-five years later, he has remained a very loyal customer and a true, true friend. Gee, I love this business and the people in it. OK, too much reminiscing, lets move on!

The Eightys were a fantastic boom to the industry, a super decade of sales, profits and indulgences, we all thought it would never end, but it did and it was a long road back but we made it (and so did all of you). Today, in a new decade and a new century, thanks to God and a lot of hard work, we are doing three to four times the business we did during the Super Eightys.

Most of the accolades for our current success go to my family of hard workers and to my great friends and customers who have been with us for years. Once again, I wish I could list them all. My special thanks to my son Fred who holds the reins to this sometimes unruly multimillion dollar organization.

Finally, I could not end this forty year synopsis without mentioning my son Bobby Jr. who loved, just loved, selling for his family and his own pride. I really miss him. Thanks for a great forty six years, now I think I will write that book.